Maryland stands alone when it comes to world-class white marlin fishing. As the White Marlin Capital of the World, we know a thing or two about these big, strong, exciting billfish. Sticking to the ocean, white marlin are famous for being fierce fighters when hooked, engaging in what’s called “tail-walking” on the water’s surface and high-flying acrobatic leaps. With a maximum weight of nearly 200 pounds, Maryland offers the chance to battle the fish of a lifetime.

The white marlin is a popular game fish, which can be caught by trolling at or close to the surface. The largest fishery for this species occurs in the summer, between Cape Cod, Massachusetts, and Cape Hatteras, North Carolina. Baits including mullet, mackerel, herring, and squid as well as lures can be successful in getting a white marlin to bite on a line. When fishing for white marlin, wear protection on your hands, and take care in handling your catch; they are capable of inflicting serious wounds due to the roughness of the bill. The white marlin's upper jaw is twice as long as its lower jaw. The upper jaw forms a bill, which is long and slender in comparison to many other billfishes. The body is dark blue above and silvery white below, with brown spots on the sides of the white portion. In some specimens, many rows of blurred white lines may run the length of the body. The first dorsal fin, which runs almost the length of the body, is dark blue with many black spots, although these may fade towards the back of the fin. The second dorsal and pelvic fins are dark blue. First anal, first dorsal, and pectoral fins are blunt or rounded at tips. The pectoral fins and caudal fin are blackish brown; the long pectoral fins may be tipped in white. The body has a dense covering of bony scales. The lateral line is distinct, and with the exception of a single curve over the origin of the dorsal fin, runs straight along the body. The white marlin is smaller than many other billfishes. The maximum length for the white marlin is 110 inches and the maximum weight is approximately 180 pounds. More commonly, white marlin range from 51-83 inches in length.

Although white marlin can be caught year-round, the high season occurs in August along with the Annual White Marlin Open. Some exceptions apply.

To catch a white marlin, you’ll need to venture out into the Atlantic Ocean from Maryland’s Eastern Shore. For those without a boat, the area boasts a number of charters with experienced captains that will take you out fishing for the day. Great for families or the spontaneous group trip, charters supply all the necessary gear and have the appropriate licenses allowing for a worry-free day of white marlin fishing.

If you have your own boat, licenses, tackle, and crew, great – happy fishing! There are a ton of access points on the Eastern Shore where a boat can easily be dropped and white marlin can be reeled in. Please check with the Maryland Department of Natural Resources for out-of-state vessel license requirements. Owners of recreational fishing vessels (i.e., no sale of fish) for Atlantic Highly Migratory Species (HMS) - i.e., billfish, swordfish, sharks and tunas - are required to obtain an HMS Angling category permit from the National Marine Fisheries Service (NMFS). Visit the National Oceanic and Atmospheric Administration's website for a full description of these permits. 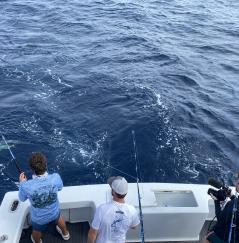 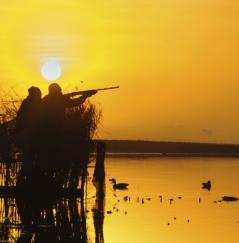 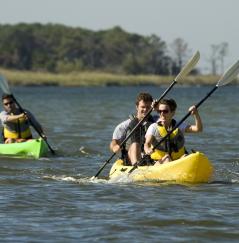